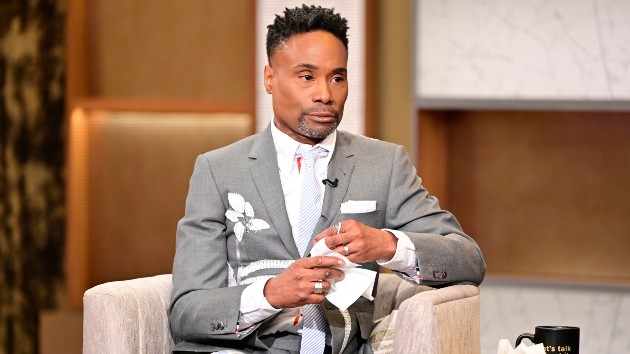 Billy Porter is apologizing to Harry Styles after calling out the singer’s Vogue cover.

During his appearance on The Late Show with Stephen Colbert Thursday night, the Pose actor clarified that it was never his intent to drag Harry specifically and he never expected his comments to get so much traction.

“Apparently, I’m famous now and it was a slow news day,” he told Colbert.

Porter added, “The first thing I wanna say is, Harry Styles, I apologize to you for having your name in my mouth. It’s not about you. The conversation is not about you.”

“It is about the systems of oppression and erasure of people of color who contribute to the culture,”  the Emmy winner explained.

Last year, Harry became the first solo male to grace Vogue’s cover and he did so while wearing a dress. In an interview with U.K.’s The Sunday Times last month, Porter said he was disappointed by Vogue’s choice to put Harry, “a straight white man,” on the cover and pointed out that he has been pushing gender boundaries with fashion way before Harry was.